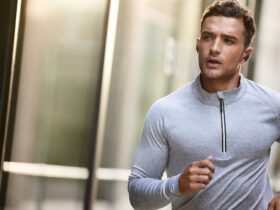 Rogers Communications and Shaw Communications have announced an agreement for the sale of Freedom Mobile Inc. to Quebecor for $2.85 billion, which it says will “ensure the presence and viability of a strong fourth wireless carrier in Canada.”

The transaction, which is subject to regulatory approval, would expand Quebecor’s wireless operations naturally, as it would include all Freedom branded wireless and Internet customers, Freedom’s infrastructure, spectrum, and retail locations.

The parties believe the agreement effectively addresses the concerns raised by the Commissioner of Competition and the Minister of Innovation, Science and Industry regarding viable and sustainable wireless competition in Canada.

Under the terms of the Divestiture Agreement, Quebecor has agreed to buy Freedom on a cash-free, debt-free basis at an enterprise value of $2.85 billion. The deal also includes a long-term undertaking by Shaw and Rogers to provide Quebecor transport services (including backhaul and backbone) and roaming services. The parties will work “expeditiously and in good faith to finalize definitive documentation,” they note in a prepared announcement.

Quebecor, which currently operates in Quebec and Eastern Canada, will bring its financial and spectrum resources to the Freedom brand, offering a path to the evolution of 5G technology for the mobile brand.

“Our agreement with Quebecor to divest Freedom is a critical step towards completing our proposed merger with Shaw,” says Tony Staffieri, President and CEO of Rogers. “We strongly believe the divestiture will meet the Government of Canada’s objective of a strong and sustainable fourth wireless services provider.

“This agreement between proven cable and wireless companies,” he continues, “will ensure the continuation of a highly competitive market with robust future investments in Canada’s world class networks. We look forward to securing the outstanding regulatory approvals for our merger with Shaw so that we can deliver significant long-term benefits to Canadian consumers, businesses and the economy.”

Adds Edward Rogers, Chairman of Rogers Communications: “This is a truly Canadian-made solution that will benefit all Canadians by delivering increased competition and choice, the next generation of telecommunications services and enabling the transformative benefits of a combined Rogers and Shaw. We look forward to completing the Shaw Transaction which would make Rogers a truly national telecommunications provider.”

“This is a turning point for the Canadian wireless market,” continues Pierre Karl Péladeau, President and CEO of Quebecor. “Quebecor’s Videotron subsidiary is the strong fourth player who, coupled with Freedom’s solid footprint in Ontario and Western Canada, can deliver concrete benefits for all Canadians. We have always believed that for there to be healthy competition in wireless services only a player with a proven track record can successfully enter the market. This is a value-added transaction for all consumers and the Canadian economy. After fifteen years of growth in the Quebec wireless market, we have demonstrated our expertise, our ability to innovate and our financial strength. Now we are taking another step to bring the opportunities our customers already enjoy to consumers across Canada.”

Brad Shaw, Executive Chairman and CEO of Shaw, says the announcement marks “an important milestone in our bold and transformative journey to join together with Rogers. Since Shaw entered the wireless business in 2016, we have made significant strides towards changing the Canadian wireless landscape. We made a promise to Canadians that we would increase choice and affordability and I’m proud to say we delivered on that promise. Today’s announcement ensures that Freedom Mobile will remain a strong competitor.”

The Freedom Transaction is conditional, among other things, on clearance under the Competition Act and the approval of ISED and would close substantially concurrently with closing of the Rogers-Shaw transaction.

The Rogers-Shaw transaction, announced March 15, 2021 has already been approved by the shareholders of Shaw and the Court of Queen’s Bench of Alberta, and the Canadian Radio-television and Telecommunications Commission, and remains subject to review by the Competition Bureau and the Minister of Innovation, Science and Industry (ISED).

Quebecor, based in Quebec, is a family business founded in 1950. Today, the company employs close to 10,000 people.