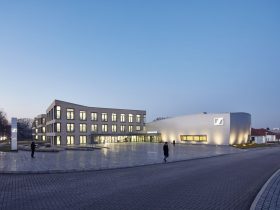 Peter spent three decades in the Canadian consumer technology retail business, getting his start at Stereo Emporium. From there, he worked a few short stints at Christie Electronics and Mount Pleasant Radio before settling in at Kromer Radio, where he spent half of his career.

When Kromer closed, Peter took a position at Update TV & Stereo, where he was integral in the opening of the hifi location, Updated Elevated, located on historical Main St. in Unionville, ON, about 40 minutes outside of downtown Toronto. He ran this location as store manager until his retirement at the end of 2019 due to health reasons.

“[Peter] was a kind and genuine person who always placed the needs of others’ ahead of his own,” says Ken Angeles, General Manager of Update TV & Stereo. “He had a quiet confidence, charisma, and charm that everyone who knew him admired. His loyalty perhaps was his strongest attribute. This was on full display his last few months in the business as he fought cancer, but still insisted on working five-to-six days a week.

“He will be sorely missed by many,” adds Angeles, “for a variety of reasons. Peter Lau was a loving father, a caring partner, a consummate professional, a willing mentor, a devoted colleague, and a true friend.”