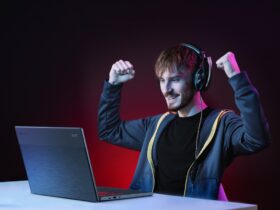 Tom Wright, legendary among rock’s elite, muse to some of the greatest musicians of the 20th century, yet little-known by the public, died last month at the age of 78.

In a world where photographs can alter and enlarge our notions of the perceived and the real, the self-effacing Wright provided the world a backstage pass to the spectacles and the inner sanctum of rock stardom during the halcyon days of rock ‘n’ roll. And privately, he served as creative director, friend, confidant, and an active participant in their day-to-day lives.

Keith Richards of the Rolling Stones called Wright “a f**king great photographer with a special touch.” Joe Walsh of the Eagles compared Wright to Jack Kerouac, stating, “Tom Wright is the Jack Kerouac of rock and roll photography.”

“Kerouac wrote in On the Road, ‘The only people for me are the mad ones, the ones who are mad to live, mad to talk, desirous of everything at the same time,’” said Patrick Markey, who served as executive producer of the Emmy Award-winning seriesOzark and is working on a documentary and television series about Wright. “That was Tom Wright; He lived deliberately and sometimes shaved recklessly close, but in the end, he had zero regrets—he lived life on his terms and would have had it no other way.”

And yet Wright—who played an integral part with bands and musicians such as The Who, the James Gang, Joe Walsh, Rod Stewart and The Faces, Elvis Costello, and the Rolling Stones, and produced a prolific body of photographic work at some of the most pivotal moments in their careers and in the history of rock music—was virtually unknown.

Wright developed deep and lifelong friendships with these musicians, and his relative obscurity is primarily due to eschewing opportunities to commercialize his relationships through his photography.

There’s no doubt, however, that Wright belongs in the pantheon of photographers as a chronicler and artist. Wright’s photography, in many ways, is representative of the turmoil and conflicts of the 1960s, 1970s, and 1980s—driven by a uniquely hybrid perspective as a photographer born in the United States but educated in England.

“Wright wasn’t just another groupie taking snapshots behind the scenes to tell a cool story. He played the muse, inspiring the creative genius of many rock icons,” said Larry Lawrence, a long-time friend and collaborator. “When people discover Tom Wright and his images, it’s like finding a Van Gogh in the attic. He, no doubt, has one of the most fascinating unsung stories written during the evolution of classic rock.”

Wright’s art reflects both the outrageous and subtle of the turbulent, transformative period and conveys how music inhabited, responded to, and ultimately defined an era.

“Amid the whirlwind of touring, shows, girls, drugs, and mischief, Tom used his camera to capture extraordinary and profound moments of intimacy that no one else could or did,” said Dr. Jordan Zignego, a historian and writer who penned his dissertation about Wright, The Structure of Cultural Memory: The Photography of Tom Wright. “Tom’s collection displays extraordinary detail and emotion—what can be captured when a photographer is embraced as a family member rather than just someone hired to take pictures.”

Born in Birmingham, Alabama, Wright’s family moved to England when he was 16. Wright studied photography in London at Ealing College of Art in the early 1960s, where he befriended a shy graphic design student named Pete Townshend and introduced him to the potent combination of marijuana and American blues music.

When Wright was busted for possession and threatened with deportation from the UK, he undertook a photographic sojourn across Europe before returning to the U.S., leaving his entire 350-piece record collection of blues, jazz and R&B in the hands of Pete Townshend. Townshend listened and absorbed.

The Who’s website states that, using Wright’s collection, Townshend “then began to develop his own individual, rhythmic style which later defined The Who’s unique sound, moving them away from being just another 60s beat group into a ‘maximum’ R&B group and later the legendary behemoth that became ‘the best live rock’n’roll band in the world’.

In 1967, while working as an underwater photographer in Florida, Wright received a call from Townshend asking him to come see their show. Mesmerized by the experience, Tom was invited by Townshend to join the band as their road manager and tour photographer. He traveled with the band for another two U.S. tours in 1968, photographing The Who night and day before taking on the job of manager of the historic Grande Ballroom in Detroit.

The Grande was the midwestern heart of the American rock ‘n’ roll circuit in the late 1960s, with Bill Graham’s more famous Fillmore East and West as the coastal poles. Because of their relationship with Wright, the Who debuted “Tommy” in the U.S. at the Grande. And because of its reputation, it became a primary stop for bands like Led Zeppelin, Pink Floyd, Eric Clapton and Cream.

Over thirty-five years, Tom toured with Rod Stewart and The Faces, the Rolling Stones, The Eagles, The James Gang, Joe Walsh, Elvis Costello and many others, photographing the bands, their crews, their shows, and their backstage life on the road.

“His work was enriched by the close friendships he had with so many different musicians,” said Lawrence. “These relationships gave Tom a unique behind-the-scenes access and his photographic feedback became integral to developing their visual style.”

In 1993, Wright named the Dolph Briscoe Center for American History at the University of Texas at Austin the repository for his archive of more than 125,000 photographic images and thousands of tapes of conversations and live recordings.

Wright was a fan of the open road, heavy with symbolism and full of promise. In 2007, Wright wrote Roadwork: Rock and Roll Turned Inside Out, an entertaining book full of irreverent tales and a wealth of black-and-white photographs of the musician’s life on the road in the United States.

The book’s forward by his friend Pete Townshend made one thing perfectly clear: “One thing is certain, had I not met Tom Wright, The Who would never have become successful. We would have remained The Detours, a solid little pop band doing what hundreds of others were doing around the same time.”

Wright is survived by three sisters and one grandchild.