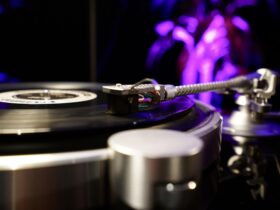 Apple has crossed the $2 trillion market capitalization mark just moments ago, making it the most valuable company in the world and worth about a half billion dollars more to Apple’s tech rivals Amazon and Microsoft, who hold market capitalizations of about $1.5 trillion each. Apple is worth twice as much as Google who has a market cap just north of $1 trillion.

Apple’s $2 trillion valuation represents about 10 percent of GDP for the United States and represents around 7% of the S&P 500. It took Apple close to 40 years to reach a market Cap of $1 trillion for the first time in August 2018 and just two years to double to $2 trillion.

As of 11:30 am today, Apple’s stock was trading at $467 usd. In early August, Apple announced a four-for-one stock split, the company’s fifth stock split since going public in 1980, meaning at the end of the month at current rates, the stock will be offered at just over $100 making it easier for smaller investors to own.

In January 2019, just seven months ago, Apple’s stock was trading at $150 usd meaning it has more than tripled in a time of global upheaval due to the Covid-19 pandemic. Industry analysts are predicting that Apple may see over $60 billion in profits through 2020 which would be four times that of Walmart.

Apple’s surge and increasingly diversified profits are the primary driver of its new valuation. Barclays estimated the company will see nearly $60 billion in profits this year, over four times that of Walmart.